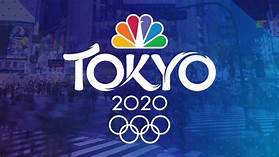 The archery competitions at the Tokyo 2020 Olympic Games is to get start with 128 athletes, 64 men and 64 women.

Olympic archery target boards are about four-feet wide and 122 centimeters in diameter. There are ten scoring rings separated by five different colors.

The inner color is gold. The archer can score 10 points by hitting the very center. Points get lower the farther you go out.

Archers shoot from a distance of 70 meters, or about 76 yards.

Each match consists of sets or “ends” to decide the victory. In each set, archers get three arrows. And will be given 20 seconds to shoot each one when it is their turn. The person with the highest score in each set gets two set points. If it is draw, each person gets one set point. The first archer to six set points wins the match. If it’s tied after five sets, each person gets to shoot one arrow. The person closest to the bulls eye wins. If both shoot a 10 and its tie again then they get a second arrow.

The mixed team competition gets four arrows per set. The first team which gets five set points is announced as the winning team. But if there’s a tie after four sets, they go to a tiebreaker. In that case, each team member gets to shoot one arrow. The team which has the higher score wins. But if it’s still tied the team with an arrow closest to the center achieves the win.