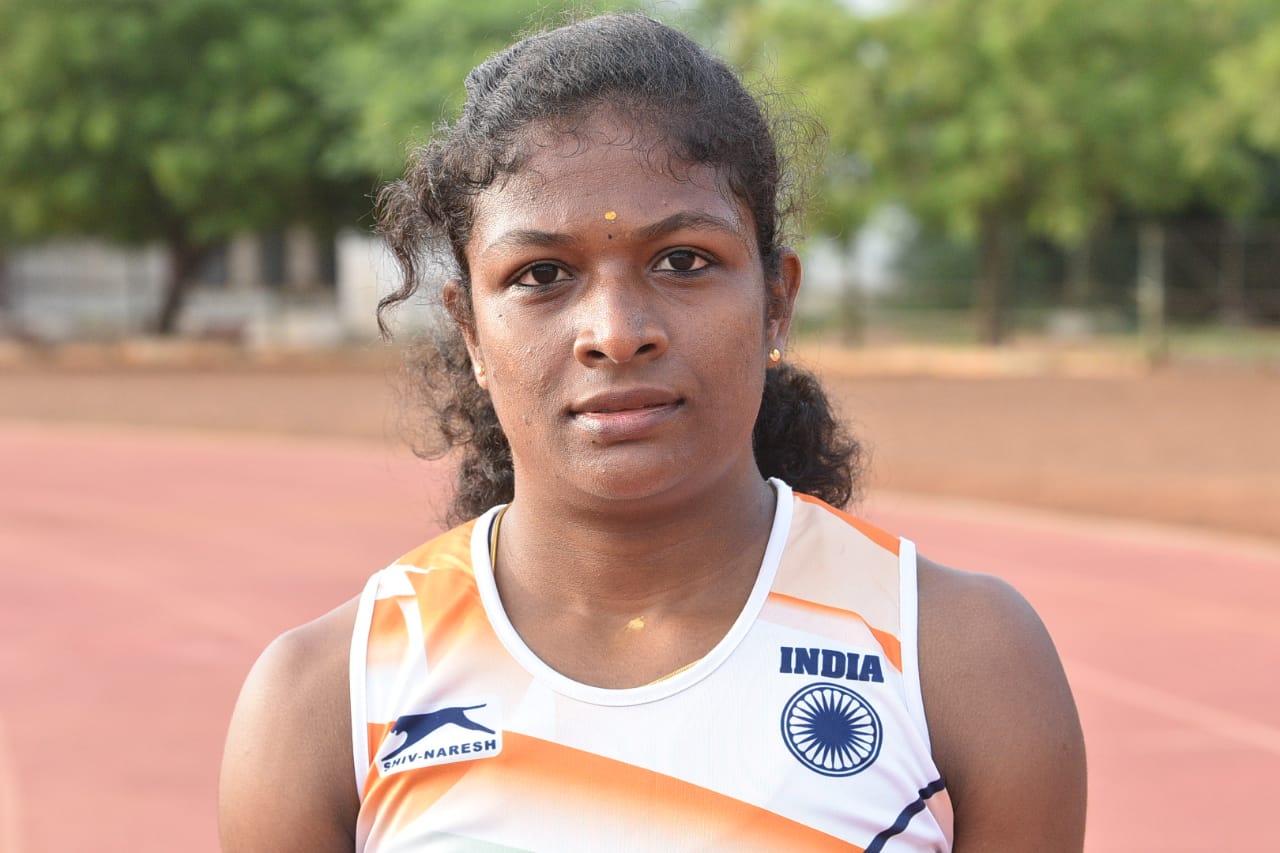 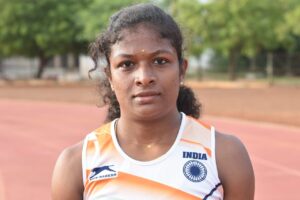 Ms. Revathi was qualified for olympics to represent India in the 4 x 400 m mixed relay event. Her story is really inspiring. She lost her parents at a very young age. She her younger sister were brought up by her grandmother Ms. Arammal, a daily wager. She was enrolled in government school and stayed in a government hostel till she completed her school. When she was in final year of school she participated in a zonal meet, where her coach Mr. Kannan found her running bare footed and came forward to buy her shoes and sports amenities as she could not afford it due to her poverty. His coach also helped her to join the college in sports quota and got admission in hostel at Madurai because she began to work for her livelihood in a mechanic shop after completing her school. After joining in college her coach trained her so well and also her hard work accompanied together he began to compete and win in the national level competitions in junior and senior levels. Through her victories she got a chance to get trained in the Patiala national camp.

After joining the camp, she got opportunities to participate in the Asian and international level competitions. She won a national level medal by winning the world athletics championship in Doha.But she had to suffer a knee injury. Her coach and her grand mother gave great encouragement to get rid of that injury and pass through the phase. She now emerged as a successful candidate to book her ticket to Olympics by racing 400m in 53.55 seconds and broke the record in Patiala, camp. Hailing from a small village from Madurai with a single guardian she has became successful to get in to by her hard work and the great assistance and guidance of her coach Mr. Kannan. Lets wish her success to hit the medal list and make India proud.