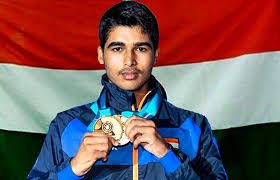 Will India win medal in shooting in Tokyo 2020?

After great expectations from the shooters who were the contestants of the 2020 olympics but most of them missed their chance of winning medals. Saurbh Chaudhary who won the gold in Asian games 10m Air pistol was highly expected to win a medal in shooting. He really had a good start and topped the olymic qualifications but soon in the next qualifying round he stood seventh out of the eight contestants.

The next star contestant Manu Bhaker’s knock out was a real disappointment in the qualification round. The malfunction of the
weapon really took about 20 minutes out of 75 minutes given to complete the 60 shots. Though she finished with respectable
scores she lost in the qualifying round.

Elavenil Valarivan, Yashaswini singh, Abhishek Verma were all too with great hopes but not qualified to their next rounds. Though it is a great disappointment from all other Indian shooters too it may be due to a presuure they couldn’t handle in a olympic debut matches.

But there is still a hope that they could reach their targets and bag medals in the mixed team which is to be held tomorrow.
And they were so young too and have a long way to go to their talents. Lets hope for the best.